Vaccinations: What if I Don’t? 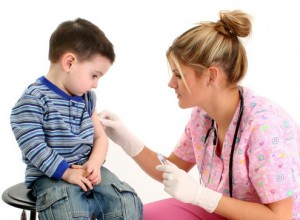 Over the past twenty or so years, vaccinations have gotten a pretty bad reputation. This is mostly due to the rise in numbers of children with Autism Spectrum Disorder (ASD) seeming to correlate with the rise in numbers of children who got vaccines. So naturally, we tried to connect the two. However, after extensive research, the medical community has arrived at the conclusion that vaccinations

do not, in fact, cause autism.

The initial cause for concern was an ingredient called thimerosal. This is the mercury-based preservative used in vaccinations to prevent contamination for vials that contain more than one dose of a vaccine. According to the CDC’s website, “Since 2003, there have been nine CDC-funded or conducted studies that have found no link between thimerosal-containing vaccines and ASD, as well as no link between the measles, mumps, and rubella (MMR) vaccine and ASD in children.” The CDC also mentions that the amount of thimerosal in all vaccines was removed or reduced to trace amounts before any studies were done to try to connect it to ASD. The one exception to this is the flu vaccine that comes in multi-dose vials, and there is an alternate, thimerosal free option for this.

Now, the problem has changed. We are no longer afraid of causing ASD with vaccines; we’re worried about what will happen without them. These days, a rather large number of parents are deciding not to vaccinate their children. To accommodate this change in attitude, parents can now have their children legally exempt from receiving their vaccinations in most states.

Not vaccinating children can have some pretty negative effects. Lack of vaccinations can affect not only the unvaccinated child, but those around them as well. This is due to a concept called “herd immunity,” which occurs when a large portion of a population develops immunity to a certain disease or illness, therefore providing immunity to the rest of the population. Due to the rise in number of unvaccinated children, our country’s “herd immunity” to diseases like rubella, diphtheria, and polio is at risk.

These risks aren’t just hypothetical. In early 2015, the United States experienced an outbreak of the measles. The disease most likely originated from a traveler who contracted it overseas, and then spread it to over 120 other people. The outbreak affected 17 states, as well as one case in Washington D.C. If the people who contracted measles been vaccinated against it, the disease may have been contained to a much more manageable area.

More outbreaks could happen if more children go unvaccinated. We could see more and more children contract diseases like polio, measles, and diphtheria. A child with polio could suffer from paralysis or respiratory difficulties. A child with diphtheria will at best have a serious infection in the nose and throat. In some cases, this disease has even been known to cause heart, kidney, and nerve damage.

Are you a parent who is nervous about vaccinations? ProHealth understands your concerns, and your desire to keep your family safe! That’s what we’re all about, after all: “Family Healthcare at Affordable Prices.” If you have questions and want to know more about how to keep the kiddos safe, or want to take the first step toward vaccinating your family, give us a call or come on in to one of our seven locations!