If You’re Not Taking the Flu Seriously, You Should! 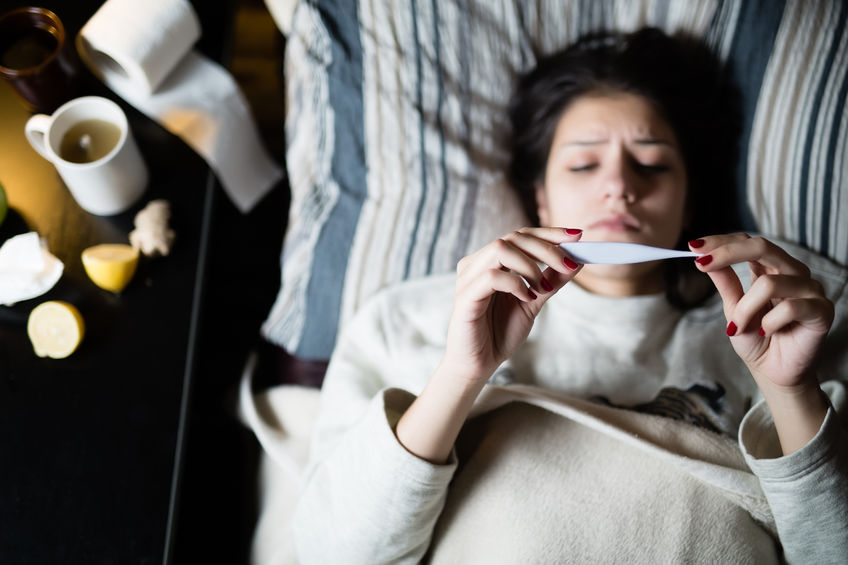 It’s all over the news, flooding Facebook feeds and Twitter timelines. It’s on everyone’s mind: the flu.

Just the name is starting to get that old school horror film ring to it, and with good reason. The flu virus is one of the most volatile, persistent viruses on the planet, and it is proving to be especially bad this year. It seems like we can’t really get a straight answer about why. Lucky for you, the answer is much simpler than you may think!

Let’s Start At The Beginning: Vaccines

Vaccines have been an integral part of preventing disease and illness for decades, and the flu is no exception. Every year, the World Health Organization (WHO) uses past data and predictions to try to anticipate which strain of the flu will be most prevalent in the upcoming flu season. They then set about creating a vaccine they hope will most effectively prevent widespread epidemics of the flu. These vaccines are actually viruses that are killed, incubated & matured in chicken eggs, then extracted into what we all know as the flu shot.

If that process sounds unpredictable, that’s because it is. The flu is an ever-changing, ever-evolving virus and as a healthcare community, we do the best we can to keep it under control. This year, that has been more difficult to do than most. From the very beginning, this was destined to be a bad flu season. According to National Geographic’s story, What You Need to Know About This Year’s Dangerous Flu Virus, there was a complication with the vaccine early on. In the article, Anthony Fauci, the director of the National Institutes of Health National Institute of Allergy and Infectious Disease, explains the reasons this flu season has been so bad. He states, “when this year’s vaccine was being incubated, the virus mutated while it was growing and became less effective.” The correct strain was predicted to be the one to beat this year, but due to this mutation, the vaccine itself was less effective than usual from the start.

Another factor at play here is the particular strain that has taken the 2018 season by storm. There are two types of the flu; influenza A and influenza B, and each type has several different strains. One example is H1N1 (an influenza A strain), which most of us will remember from the swine flu epidemic in 2009 (it was also responsible for the flu pandemic in 1918). This year’s prominent strain is H3N2 (also an influenza A strain). It’s a strain that rarely rears its head, but when it does, it’s more volatile than most other strains we normally deal with. Hence, our current situation.

Other than vaccines, we also depend on natural prior exposure to help with our immunity to the flu. Just like vaccines for polio and allowing kids to play in the dirt, if you expose your immune system to things, it learns about them and can fight them off later. So since H3N2 is a rare strain, we aren’t as naturally immune to it as we need to be.

Pneumonia on the Attack

There is also a second factor here. Medical workers know about it, the CDC knows about it, but it’s not been discussed much in the media. It is pneumonia, and it’s attacking flu victims. As of 12/23/17, 7% of flu deaths were actually Pneumonia & Influenza (P&I) deaths. The epidemic requirement is, you guessed it, 7%. Flu patients are getting pneumonia on top of the already awful flu strain because their weakened immune systems are opening their bodies up for bacterial infections. Pneumonia happens to like mucous-filled lungs along with its weakened immune systems, so it’s becoming prevalent during this epidemic season.

What can you do?

If the vaccine is virtually ineffective and pneumonia has teamed up with H3N2, what can we do to stop this epidemic? You can start by getting the flu shot ANYWAY. Sure, it may not be a show stopping, bulletproof solution, but it will STILL help prevent the spread of this nasty epidemic. It will also help cut the course of the flu short (similarly to Tamiflu), therefore preventing deaths and serious illness. Please be aware it DOES take 1-2 weeks to become effective, so the sooner the better! It is also SUPER important to wash your hands, cover your mouth, and sanitize surfaces you suspect may be contaminated.

You can also help by being prepared for if / when you do get sick. The symptoms of the flu include fever, chills, cough, sore throat, runny nose, muscle or body aches, headache, and fatigue. If you have one or a combination of those things, get medical care! It’s much easier to go early and stop it soon rather than spend 3-5 days in the hospital. If you are diagnosed with the flu, PLEASE STAY HOME. This is no joke. 24 hours after your fever stops is the recommended down time, but you can be at peak contagiousness for 3-4 days after becoming sick. If you send your kids to school with the flu, or go to work sick, you’ll be hurting our fight against this epidemic. Stay home, take your Tamiflu, and hydrate!

Per the CDC, we may have up to 12 more weeks of the flu, so please do your part. If you haven’t gotten your flu shot for this season, ProHealth can help! We can also help if you think you have the flu! Call us or come in to either of our clinic locations. We’ll do everything we can to help you get protected and / or medicated. May the flu not be with you!